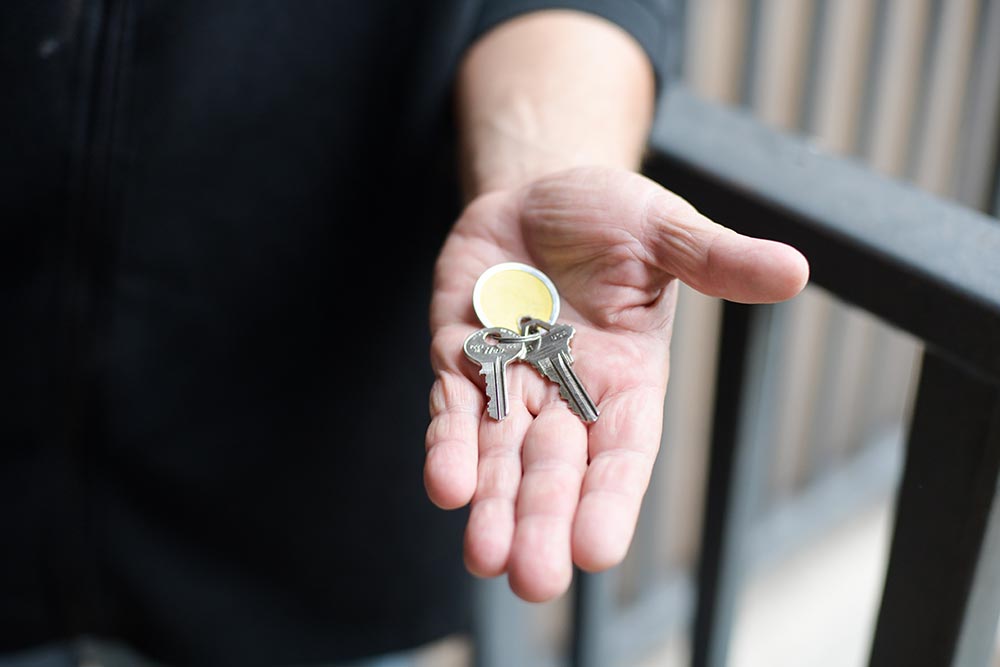 The “Why” Behind What We Do

Our Day Center provides meals, showers, access to laundry facilities — services to meet the immediate needs of the homeless community. However, the magic of First Stop lies in the strength of our case management program.

Our Homeless-to-Housed case managers work diligently with clients, assessing individual barriers and developing a customized service plan to get each person back into independent living. It’s a thorough process that takes time and patience, but there is no greater joy than seeing a client regain independence and move back into housing. Client success stories are the WHY behind what we do and exemplify the importance of persistence and patience when working to find a sustainable solution to homelessness.

We are so proud of our friend Tom, who graduated from the case management program, and moved into his own apartment this October. With hard work, planning, and cooperation with his case manager, he is proud to be living on his own again. 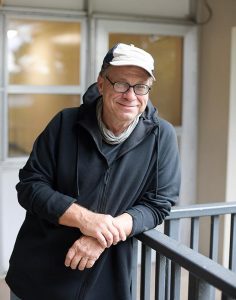 The road to independence isn’t an easy one, and every person we encounter has their own set of circumstances behind their homelessness.  If you’ve visited our facility, you have probably seen his smiling face or received a friendly greeting. Perhaps you know a Tom of your own, someone who has struggled with the perfect storm of circumstances keeping them down.

Tom was first homeless from 1993-1997 while struggling with substance abuse. After going through several rehabilitation programs, Tom got back on his feet and was able to work again.

In 2015, he was working at a substance abuse recovery center when he got sick. After several days of illness, he was sent to the hospital where he learned life-changing news. Tom found out that he was diabetic, and his blood sugar was so high he almost had a stroke.

In addition, testing revealed a large tumor on his right kidney. He was diagnosed with Stage 3 Renal Cell Carcinoma, an aggressive cancer in his kidney. The doctor told Tom that his diagnosis was a miracle. Kidney cancer isn’t usually found until it’s spread, and his illness had made an earlier diagnosis possible.

As soon as his blood sugar was stabilized, surgery was scheduled. Tom underwent a radical right nephrectomy, and his tumor was removed along with one of his kidneys. Although he was grateful for the surgery, he didn’t have health insurance. This meant that in addition to the time off for recovery, he would be facing massive medical expenses.

Tom went to Birmingham to stay with his mother while recovering from surgery. Soon after his arrival, his mother was diagnosed with Alzheimer’s disease. Knowing that she would require constant care and didn’t have the resources to hire help, Tom decided to stay with her. Still without health insurance, he was unable to afford insulin and while caring for his mother, Tom suffered a massive heart attack. After his heart attack, he was approved for disability, and 2 years later approved for Medicare.

In March 2020, after four and a half years of care, his mother died. Tom found himself homeless in the middle of the Covid-19 pandemic. He was forced to move from his mother’s house to a cheap motel, where his car was stolen, along with all his personal belongings. He had forty dollars to his name.

Tom Learns About First Stop and Takes His First Step 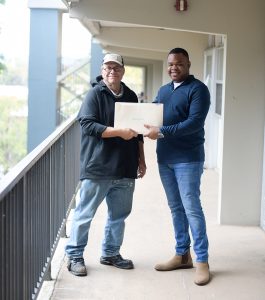 Without friends or family keeping him in Birmingham, Tom bought a bus ticket to go back to Huntsville. He returned to a very different place than the one he’d left. The pandemic had impacted the city, with many resources and facilities closed or unavailable.

After learning about First Stop, Tom started coming regularly. Soon, he was put into First Stop’s Casual Labor program – where clients can earn a steady income under the supervision of their case manager.

Being able to work gave Tom a sense of belonging again and helped him stay out of trouble. “One thing about the street is, even if you don’t want to get in trouble, the street will drag you down and you will get in trouble.” He was grateful to have a way to spend his time during the day.

Tom spent 90 days staying at a local shelter and another few months renting out a spare room from an acquaintance. After that, he was unsheltered, sleeping anywhere he could to stay safe and out of sight — behind buildings, under bridges, or behind the air conditioning unit of a local church.

He continued visiting First Stop to work, shower, eat meals, escape the elements, and do his laundry. According to Tom, one of the programs he was most grateful for was Prescription Assistance. “It was absolutely a lifesaver. Not having to worry about how I was going to pay a co-pay or get a prescription. It’s amazing.”

Taking the Necessary Steps to a Sustainable Living Situation

Tom continued working through his service plan with his case manager. This meant re-learning life skills like how to budget and pay bills, conflict resolution, and how to manage his illness.

For Tom, keeping up with medications and doctor visits is vital. His perseverance paid off, and after working, saving, and submitting housing applications with his case manager, he was approved for an apartment in October.

Living on the streets, Tom found there were so many things he could be thankful for. A spot that’s a little out of the way, a little drier, or a little bit safer. “You can put up with being hot or wet,” Tom said, “but cold and wet is an entirely different thing.” He was thankful to have gotten into his apartment before the cold weather set in, with a bed, kitchen, and bathroom of his own. Now, he’s grateful to have a place to go that he knows is his.

When asked about his first day in his apartment, Tom said, “Well I took THREE showers! One with cold water, one with warm water, and one with hot water. Guess what else? I took them as long as I wanted to.”

And though Tom is finally living independently, his work with First Stop isn’t done. His case manager will continue to guide and support him for two years, to ensure that Tom isn’t just living in an apartment but has all the tools he needs to stay there. This includes home visits, check-in appointments, and continued assistance with prescriptions. Tom’s story isn’t just one of success, it shows the importance of perseverance, and a case management program that works.

Half A Mile Away: A Well-Worn Path of Trust
December 30, 2021
Recent Posts
Categories
Go to Top